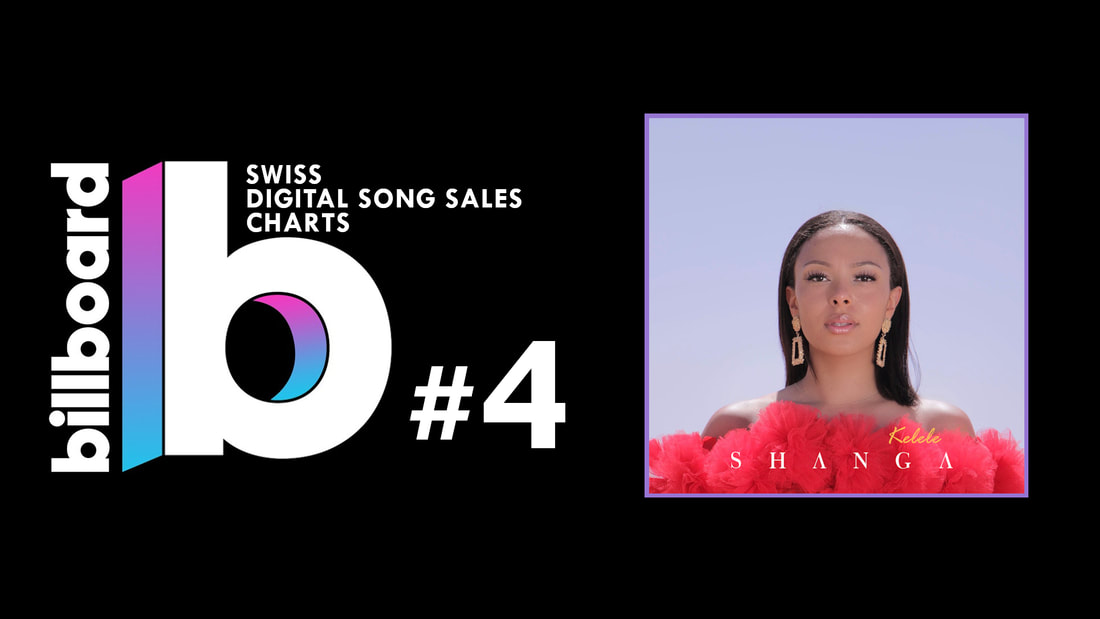 FOR IMMEDIATE RELEASE
​31 AUGUST 2020
SHANGA TOPS THE CHARTS IN SWITZERLAND
The Swiss-Nigerian Afro-Rhythmic Soul artiste Shanga, peaks no. 1 on iTunes and no. 4 on the Billboard Switzerland Digital Sales Charts with her song "Kelele".

"Kelele" is a heartfelt afro-pop-ballad that takes listeners on an emotional and lyrical journey. The colloquial expression represents Shanga's heartbeat and was inspired by her genuine emotions towards her relationship.
​
The song was produced by beat chronicles (Bisi Udemba) and mixed & mastered by Grammy nominated Ben Mühlethaler for his works with the legendary Prince.

​After graduating as an Audio Engineer in 2014 she came out with her first EP Album "embracing vulnerability". She performed live along with her guitar, which created a unique and intimate atmosphere, fitting the concept of the EP Abum. She gained recognition in several places like France, Switzerland, Germany and Nigeria.

With her debut Album in the works which is set to be released in October, Shanga now explores more genres with a fusion of Jazz, Neo-Soul, Afro, Rap, Gospel and Blues to her initial art, which reflects on her new musical quest.

Today, she is deemed successful in anything she embarks on. Globally, her music and lifestyle is being channeled to female music legends such as Sade, Asa, Ms. Lauryn Hill and many others through the content of her alluring lyrics.
PRESS PHOTOS
CONTACT